Juliana Huxtable is an American artist, writer, performer, DJ, and co-founder of the New York-based nightlife project Shock Value. In her work, Huxtable explores the intersections of race, gender, queerness, and identity. 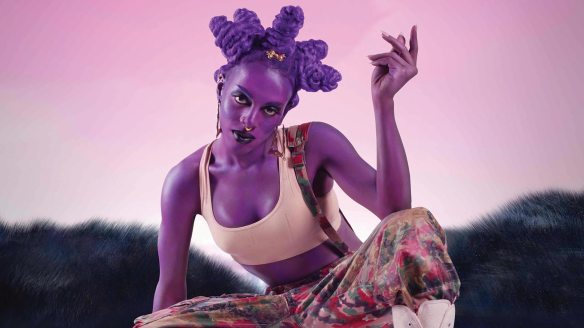 Personally this artist wasn’t for me. I found the audio piece quite uncomfortable at times to sit through and it was very long in duration. However I did like the fact that although they had a vague explanation for it, they were very open to interpretation on how the piece was perceived. There wasn’t a definite theory behind it, which gave more intrigue because naturally we want to find out the actual meaning. 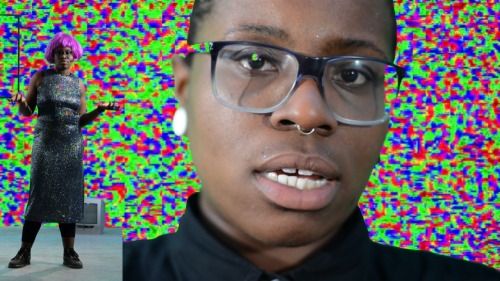 We have recently been given the great opportunity to volunteer at Tate Modern. This week has been a great experience as we also had the time to see the current exhibitions ‘Ilya & Emilia Kabakov’, ‘Red Star over Russia’, and ‘Modigliani’. The days included helping out with the clay workshop, watching over the green screen stall, handing out leaflets, talking to visitors, and aiding with the exchange students project. 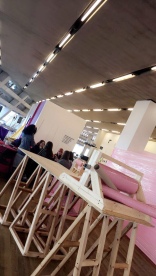 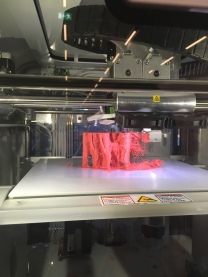 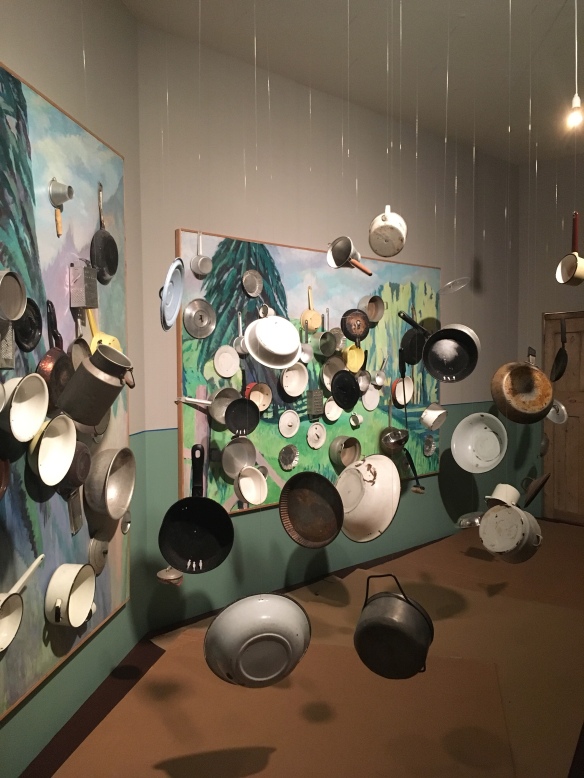 Visiting their current exhibition at Tate Modern was a great experience. It led me to consider how to create a space within the studio that would be immersive and in a way story telling.

Emily Pope is an artist, currently based in London, who explores themes of everyday life, typical life endurances, politics, humour and society. She is currently in the middle of making a sitcom show based on her friends and mainly her own life. It showcases relatable day to day hassles in a comedic way.

‘It’s a six-part video series that meditates on film’s capacity to perform a reflexive diary in order to expose our personal and collective relationships to humour, capital and society. In a collection of iPhone recordings of friends, along with personal reflections on her everyday experience and relationship to austerity measures, Pope provides insight into the effects of external conditions on an interpersonal and collective psyche.’ – AQNB

Holly Pester is a poet, writer an researcher. Her work mainly exists through performance and audio work, based off of algorithms and everyday speech and humour.

“On one hand I see my work as tragically British — born out of British surreal comedy and performance, artful failure, nonsense rhyme, and folk verse. On the other hand the formal aspects of my work and my approach to poetic practice are an utter tribute to North American influences.”

Common Rest, released by Test Centre in December 2016, is a multimedia collaborative work consisting of a 10-inch vinyl album with an accompanying book of poems by Holly Pester.

‘While a lullaby sounds out the material labour of care, makes its flesh and breath felt, it also sounds out the radical obscuring of work. Therefore a lullaby might be a chorus for all bodies, affectively performing a different worksong, a kind of common rest.’

The way the oil has transformed the space makes it seem like you are looking at an infinite distance and that the oil is very deep even though it is only a thin layer on the surface. This illusion is useful when thinking about my own work as it is an example of how not everything is as it seems at first glance. This could be mimicked when experimenting with pools of wet paint/glue in different fluid pour paintings.

I came across this video and some of the discussions and themes resonated with me. It was nice to see an art project when everyone involved were just simply having fun and exploring how a medium would behave. In the final outcome you can really see the gestures and movements of the people in control and how it was made which personally I find engaging.

The content of this video is useful when thinking about how I’m working at the moment as it focuses on development and looking at things from different perspectives. When I’m looking at my own paintings and other experiments a common theme is that for me, they are most interesting when looked at up close, exploring each detail at a time as this reveals things that would not necessarily be noticed when viewing it in its whole entirety. An example is this photo below which is section of one of my paintings. In reality this an extremely small detail, however zoomed in it appears much more complex. 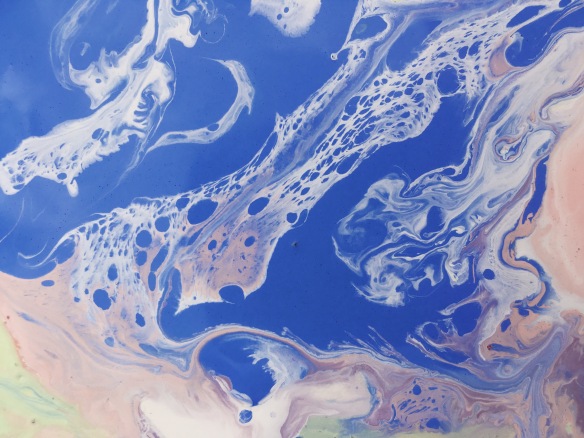 ‘ In 1985 they began to stage scenes of causal activity in an empty warehouse using items like tires, balloons, ladders, and fireworks. Through sheer determination and hours of trial and error, they composed cinematic sequences in which objects careen into one another, light each other on fire, and fly from place to place in an endlessly unraveling chain reaction. ‘

‘The objects appear to move of their own volition, freed from their usual functions and reveling in the pleasure of their misbehavior. ‘